The first retrospective of her work in the UK for 25 years, The Design Museum’s Charlotte Perriand: The Modern Life spans her near-seventy year career, drawing on her archives in Paris and shedding new light on her creative practice. The exhibition captures a new age of modernity, of femininity, and highlights a designer who would defy the limitations of an era dominated by men, and would revolutionise our modern world to synthesis art, design, and architecture.

Continue reading for some of our highlights. 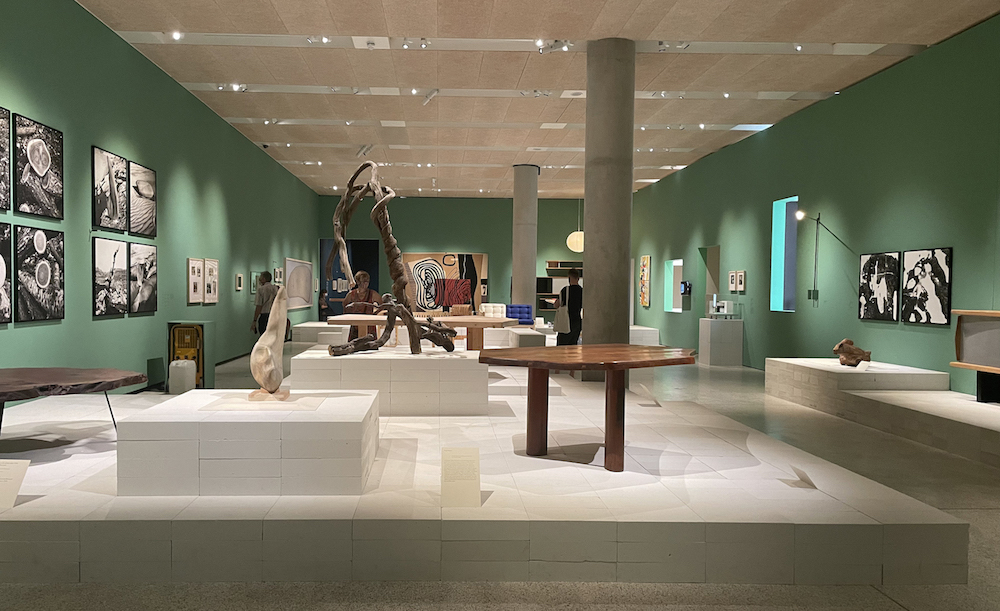 Presented as the story of her design – starting with her first projects, and ending at her last – the exhibition is broken in to three sections: first introducing Perriand as the modernist, The Machine Age; secondly her shift towards nature’s organic forms, Nature and the Synthesis of the Arts; and thirdly, her reconciliation of the two, Modular Design for Modern Living.

‘I agree it is necessary to be acquainted with everything that has gone before us, and I respect each era and all that it can express. But I think of tradition as a chain, with the last link being the previous century. And to that link, we attach another that we make ourselves, from the century in which we live.’ 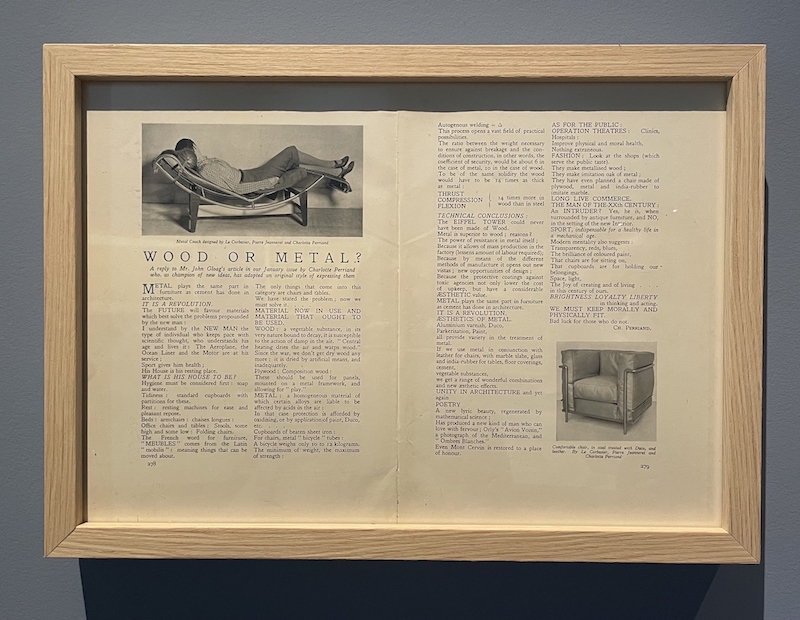 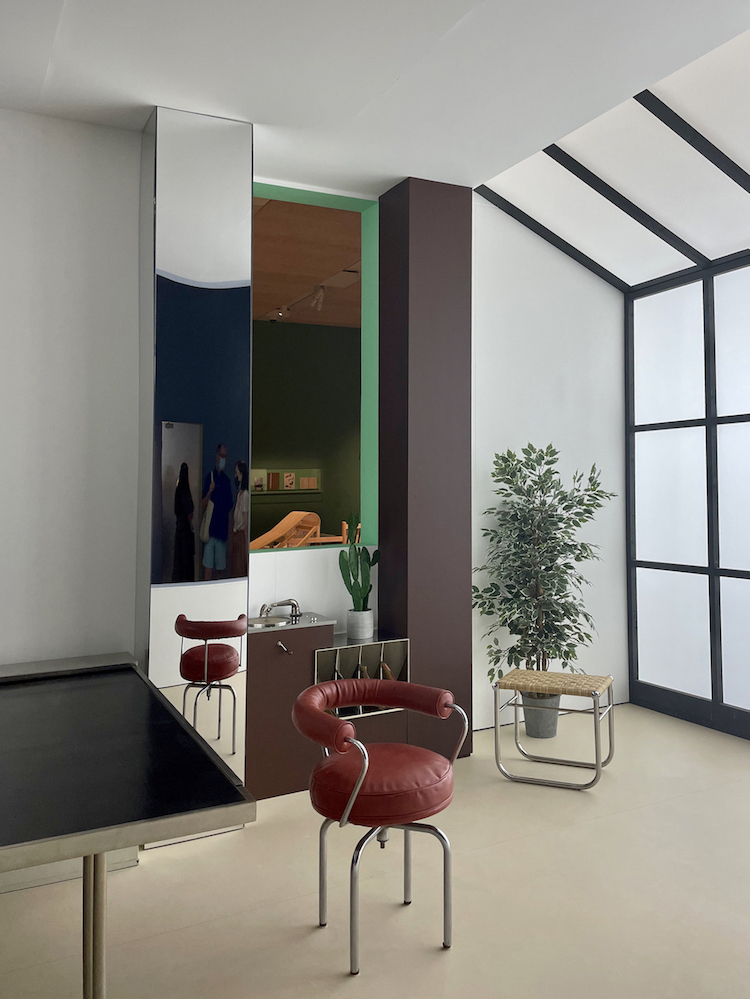 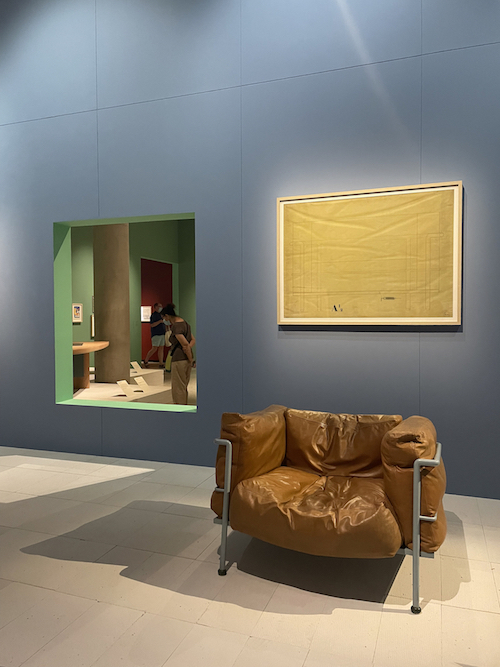 Perriand often opted to describe herself as an ‘interior architect’, drawn from her desire to ‘build from the inside out’, believing furnishings and architecture needed to be designed together to achieve the ‘art of living’ – a concept more fitting to life in the 21st century.

Whilst designing at every scale, from furniture to complex ski resorts, her overriding ambition was to make good design accessible to as many people as possible. This good design came from a respect for the learnings from those who had come before her.

‘The resonance of things together’

Charlotte Perriand: a life in art and architecture 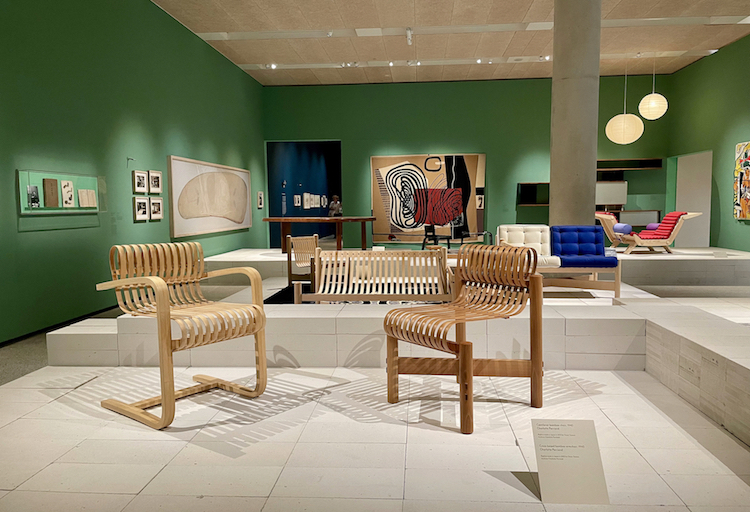 Though trained in the decorative arts, Perriand emerged as a modernist, and brought these different influences together in a coherent unity, a “synthesis of the arts,” inspired by the ‘art de vivre’ – the art of dwelling.

There is art in everything, whether it be an action, a vase, a saucepan, a glass, a piece of sculpture, a jewel, a way of being.

Much can be learnt from Perriand’s approach, and as well as demonstrating the vast breadth of her work, the exhibition conveys her dynamic character, full of ideas and innovation.

Perriand acts as an inspiration, defying those who believed her limited to just ’embroidering cushions’, and should be recognised as one of the greats of the 20th century.

The exhibition continues until 5th September 2021. 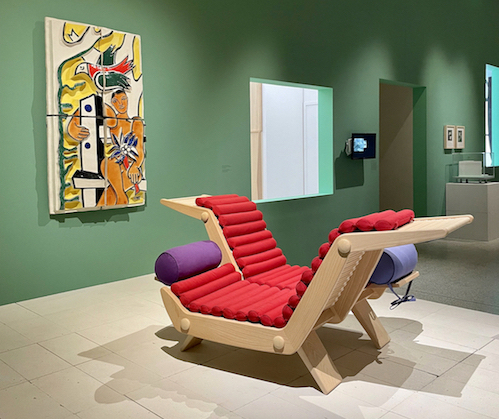