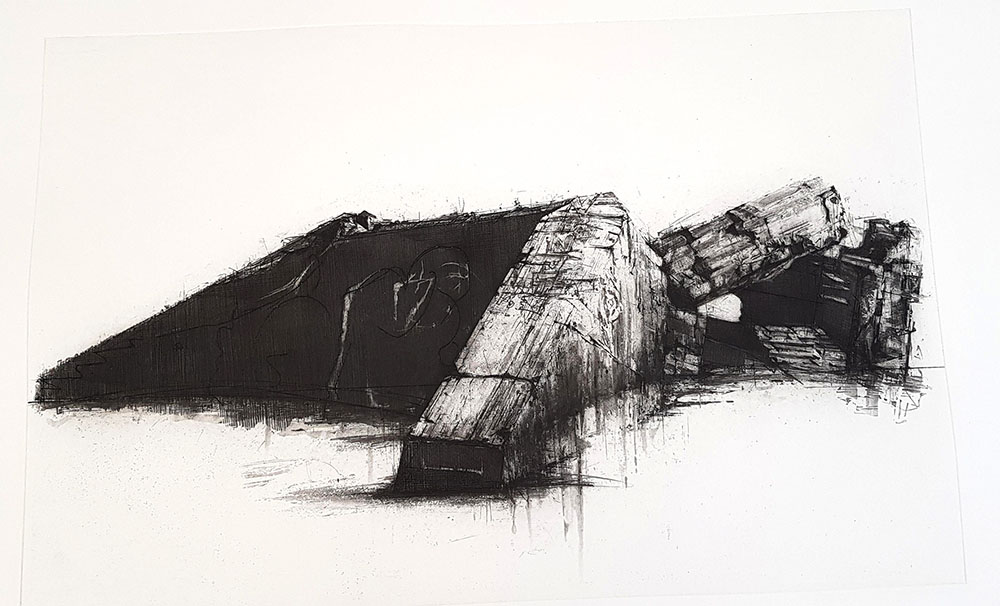 Anise Gallery, like so many other galleries and cultural institutions, has found itself rethinking its plans for the future during the Coronavirus outbreak. Our exhibition programme for the next six months has, unsurprisingly, been disrupted, but it might also allow us to reflect on why we do some of the things we do 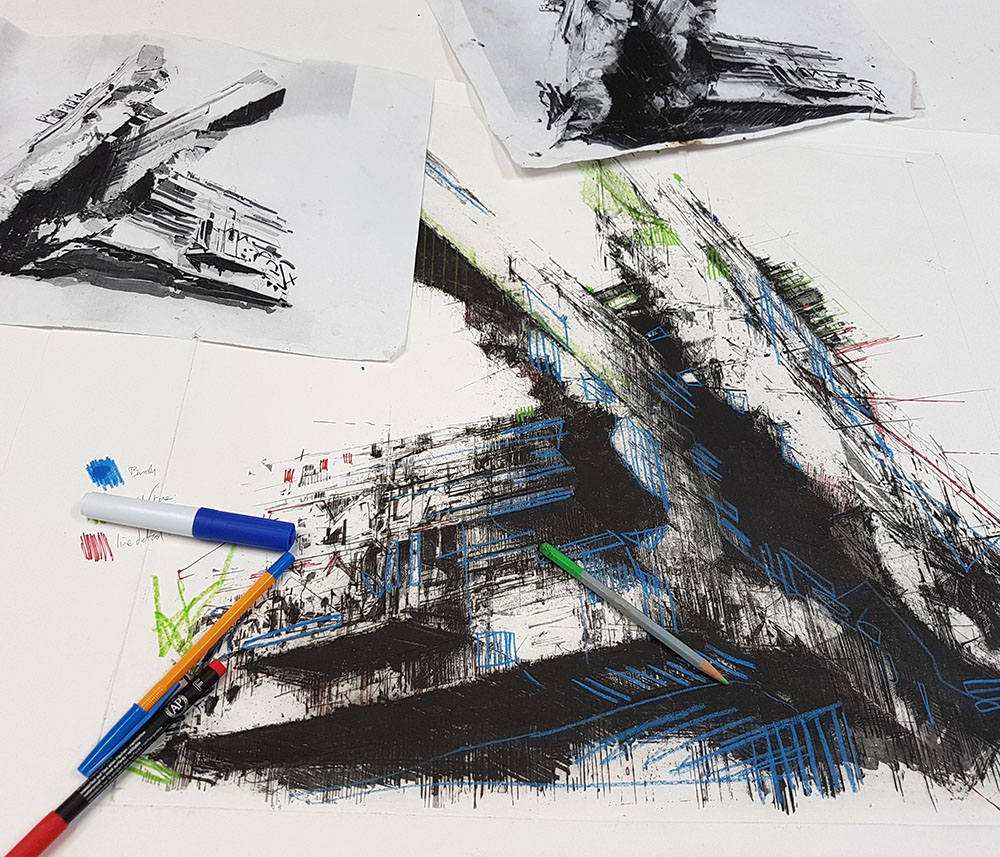 In their presently postponed (but still forthcoming) exhibition at Anise Gallery,The Atlantic Wall, Ian Chamberlain and Darren Nisbett explore the strange ruins of Northern Europe’s coastal defences. Built by Nazi Germany between 1942 and 1944, these great concrete fortifications and look-outs remain scattered along Europe’s northern beaches to this day. Many of them lie in ruin; historically important, they nonetheless serve as a reminder of an occupation that many countries would rather put behind them.

Devoid of human presence and lingering on the edge of cultural memory, these forgotten battlements are explored by Chamberlain and Nisbett through a variety of mediums, particularly photography and etching. Each in turn prompts us to think about the strangeness of these places: their decay in plain sight and in living memory; the contradiction of their functional redundancy and their enduring political legacy.

Chamberlain’s etchings, for instance, exacerbate the presence and absence of the spaces themselves. His meticulous process of carving into a metal surface produces architectural forms in negative that are, once printed, both alien and familiar. Isolated in white space, they resemble long abandoned outposts on some distant planet, implicitly conflating the visual language of dystopian pasts and lost futures in being removed from their original context.

For centuries, even millennia, ruins such as these have served as fuel for the imagination. Today, however, and increasingly so, they unnerve us, being as much a warning of a possible future as they are a sign of what has gone before. Our awareness of our own precarity on the lands on which we walk provides us with a thrill that is perverse but universal. To stumble across an environment that betrays the signs of a former use is to stumble across a simulation of the world without us. It is to both be a ghost and to walk among them; to be a presence within absence.

In his 2017 book,The Weird and the Eerie, the cultural theorist Mark Fisher considered the strange atmospherics of presence and absence that have long haunted our collective imaginations. Tandem fixtures of horror films, haunted music, and weird fiction, Fisher wonders what it is about the horror of a world without — or beyond — us, that persistently sends shivers through the cultural landscape.
The sensation of the eerie, in particular, he writes, “is constituted by a failure of absence or by a failure of presence” — a sensation which “occurs either when there is something present where there should be nothing, or is there is nothing present when there should be something.”

Our decaying built environments provide us with a multitude of examples through which to demonstrate this. Fisher, offering up a pop cultural example, highlights “the justly famous final image of the original 1968 version of Planet of the Apes” in which “the remains of the Statue of Liberty, which are as illegible from the perspective of the film’s post-apocalyptic and indeed post-human far future as Stonehenge is to us now … make us realise that there is an irreducibly eerie dimension to certain archaeological and historical practices.”

To consider the lives of those who once inhabited these spaces, from the perspective of the present, whether we are looking to the distant or not-so-distant past, is always a speculative practice. It is as if our memories decay alongside the structures themselves. No longer meant for us, they present themselves as concrete ghosts — no longer there, in the sense that they are no longer of any use, but present nonetheless as material shells of other forms of life. 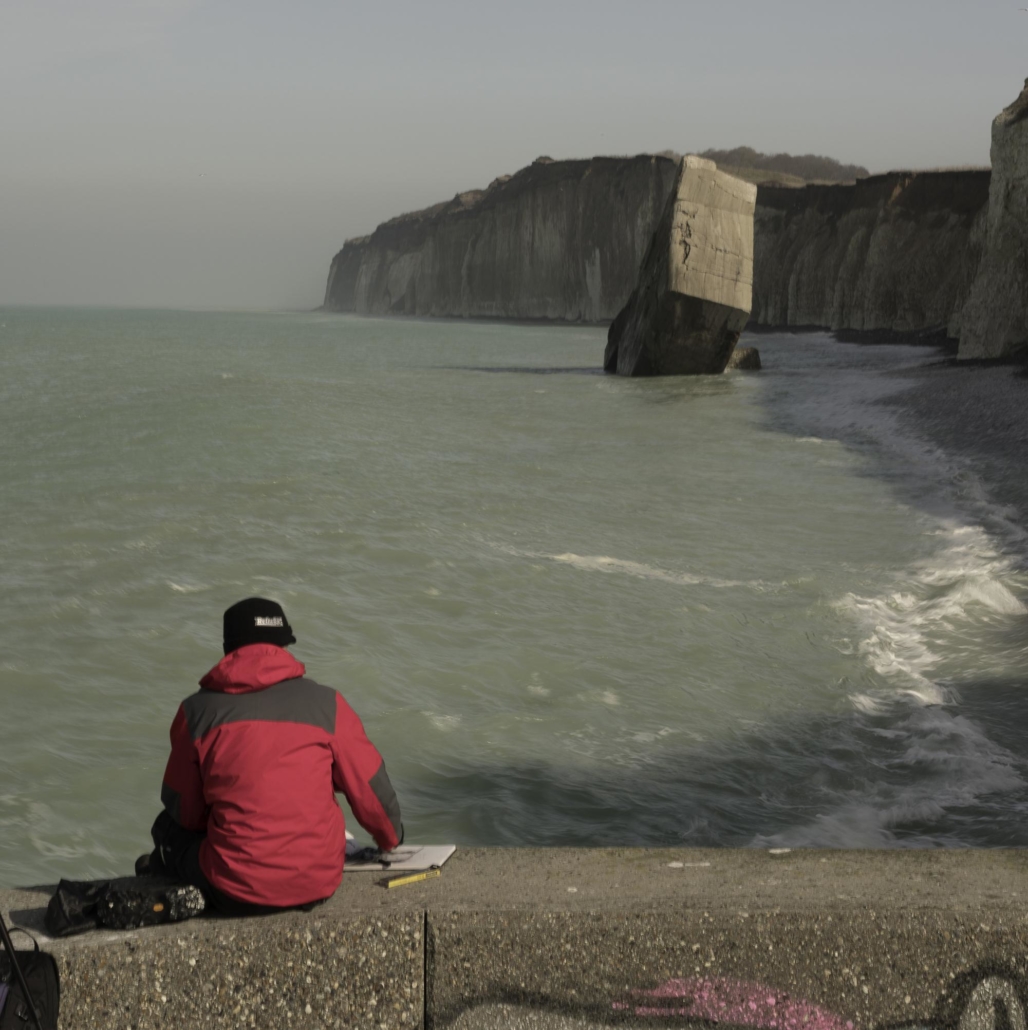 The spectres that haunt post-war Europe loom large but this perspective on the world is just as relevant to our lives right now as it is the legacy of the twentieth-century. Since Tuesday 24th March, for instance, the day Boris Johnson officially placed London on lockdown, I found a new appreciation for the eerie view outside my window.

South-east London is mostly made up of lowrises. The tower blocks are infrequent and make the view outside dynamic. Depending on which way you’re facing, the skyline is dominated either by Canary Wharf or the Shard. Each has its uses. The Shard acts as a waypoint, a giant compass arrow pointed north. Canary Wharf serves as a constant reminder of what keeps this city moving: money. And yet, in our present moment, the function of these buildings, whether in actuality or as signifiers for city life, fade away. What we are left with, in the vacuum of present inactivity, is form. 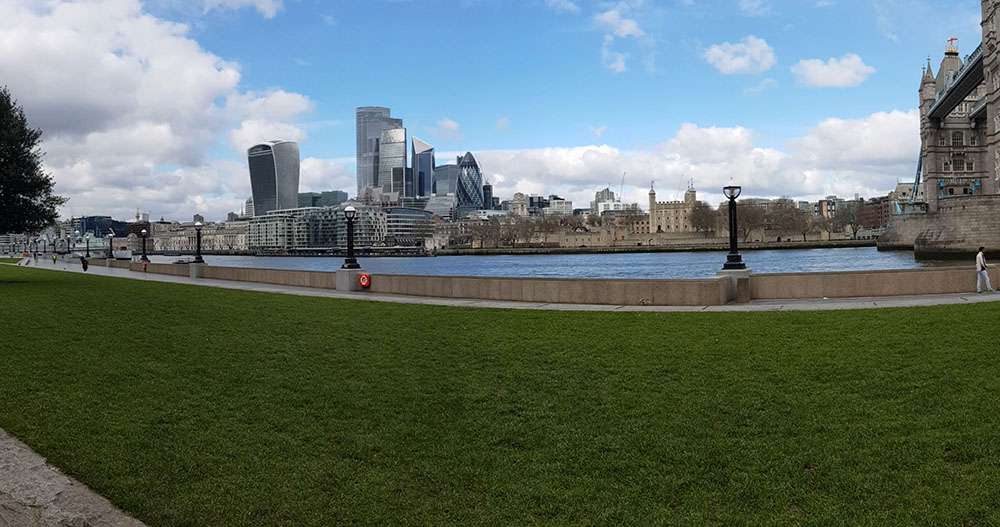 Whilst there is much to be critical of when considering the architecture allowed to run amok across residential London, the expanse of forms, taken as they are, are nonetheless interesting. They present us with a dried palette of architectural sensibilities, exacerbating the subtle play of their intersecting lines and contours. Under present circumstances, looking out of the window takes on a new aesthetic edge, not only of appreciation but also of creation. Besides people, what else is missing? What doesn’t work? Stuck, as we are, with a single window looking out on the street below, the desire becomes one of erasing and adapting. I start to wonder what I’d change and what could help this community function better once the world returns to normal.

This is a far more positive experience of the outside world than I was expecting. This is not the empty London of 28 Days Later, but an eerie London brimming with possibility. As the reality of lockdown sank in, I had expected to feel like James Stewart in Rear Window, watching the comings and goings of the neighbourhood like a photographic paranoiac. In fact, from our vantage point, we cannot see into the windows of our neighbours’ buildings at all. Everything is still and strangely fixed, preserved in resin for the time being. It is only the foxes that come out at night, in a new abundance, to reclaim the streets. During the day, the unbuilt that remains to be visualised threatens to emerge from our future interactions and how we might later engage with these spaces and each other once the lockdown is lifted.

As we look forward to returning to some form of normality, bringing people and art back into our gallery space, perhaps with The Atlantic WalL we can bring a little of this mystery back with us too. After all, it is here, in the eeriness of now, that the seed of a new way of life might be planted.