Esther Rolinson is an award winning UK based artist who makes light installations and sculptural works through drawing. Over the last 20 years she has worked nationally and internationally making major permanent public space commissions and exhibiting her large scale works. Her installations are immersive, extendable structures that can be adjusted to fit diverse environments from light festivals to art galleries.

She has worked extensively with world class professionals to achieve her complex works, including architects, choreographers, programmers and filmmakers. In 2016 she was awarded The Lumen Global Digital Arts Prize Sculpture and 3D Award, and the first prize at the inaugural International Art CHI Exhibition, Computer and Human Interaction Conference, San Jose, California for Flown developed in collaboration with artist and programmer Sean Clark. Examples of Esther’s drawings and prints have been acquired by The Victoria and Albert Museum, London.

Rolinson has a meditative drawing process in which she explores sensations, structures, movements and connections. She starts with hand-made pencil drawings on paper and often digitally manipulates these to experiment with forms in light and colour. She often uses simple combinations of lines in repetition to build up complex forms. Her construction rules are a method of disassociating from conscious thoughts and allowing spatial patterns and movements to emerge. Some of these works conclude like solved puzzles, whilst others have the potential to grow infinitely. The drawings are the blueprints for three-dimensional works and are also pieces in their own right. 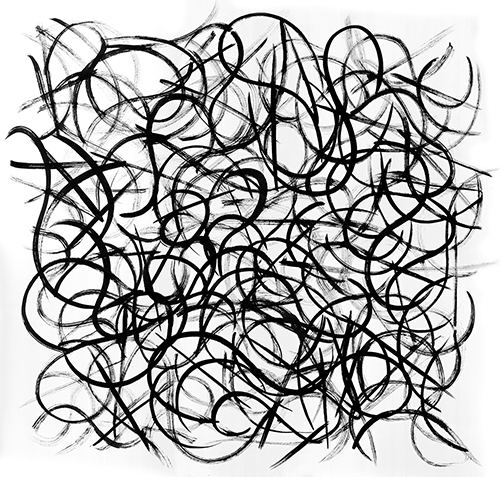 Rolinson extends her drawing approach into physical structures. She builds maquettes and small scale works to understand how shapes interlock and extend to create reconfigurable kits of parts. The materials she chooses give form and volume to light and she works with different materials to fit each work. She pushes at technical boundaries and tests extensively to find precise effects, learning about new techniques from manufacturers and through experimentation. 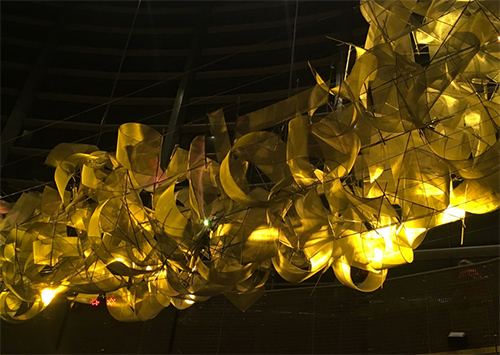 Movement is key to Rolinson’s work and this is expressed through her use of light. Throughout her career she has worked with digital technologies to manipulate light from animations to digital video. She aims to translate the movements in her drawings into light sequences and works with programmers and creative technologists to further this ambition. This dialogue has revealed a connection between her rule-based drawings and programming, where simple formula employed by hand or with software can give rise to the emergence of complex patterns.

The development of sensitive light programming is part of her ongoing collaborative dialogue with artist programmer Sean Clark. Rolinson+Clark recognise a common focus in their diverse practices around the experience of connectedness. Their collaborative artworks are systems-based pieces made through multiple processes from drawings, prints and structures to digital works. The pieces often respond to viewers and environments and use generative rules on multiple levels, from physical forms to computer software and networks of communicating artworks. Their ongoing collaborative focus is to create a dialogue between computerised and hand-drawn systems. 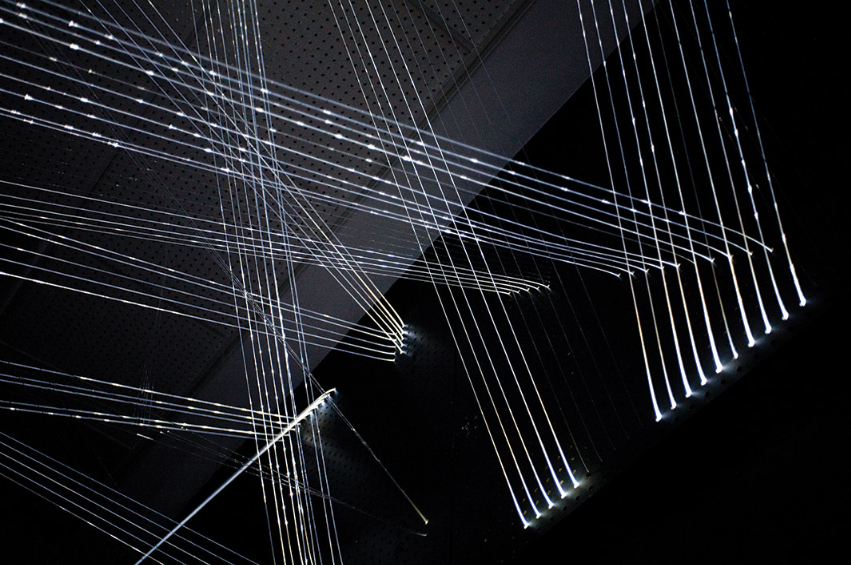