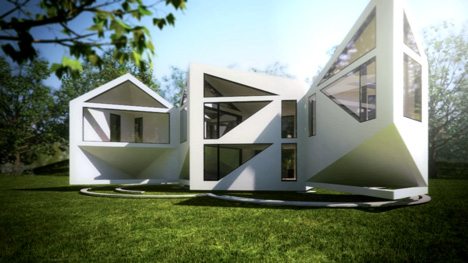 Talk about taking an idea and running with it: D*Haus of London is a design studio that is singularly fixated on a geometric trick of reconstituing a square into a triangle in as few parts as possible—four, to be exact.

In 1903, an English mathematician called Henry Ernest Dudeney worked out how to turn a perfect square into a perfect equilateral triangle by dissecting the square in to four distinct shapes, these shapes can be rearranged into the triangle. This concept alone is fascinating but and the possibilities are endless when applying the formula to world of architecture and design.

Although the schematics for the Dudeney-inspired designs are something like Tangrams-meets-Jacob’s-Ladder, the natural extrapolations of the quadrilaterals—into 3D forms, each of which vaguely resembles Emilia Borgthorsdottir’s “Sebastopol”—makes for compelling articles of furniture. Director David Ben Grünberg, who co-founded the company with fellow architect/designer Daniel Woolfson, recently noted in an interview with Futurespace, “Everything we design has to work in a number of ways. Our designs become parametric in the sense that everything is related to the other.” The D*Light (get it?) comes in perspex and corian; the table comes in the latter, with over 100 custom color options. 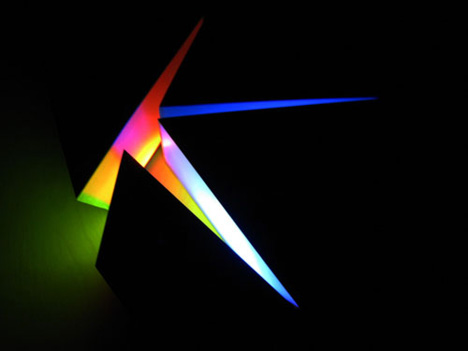 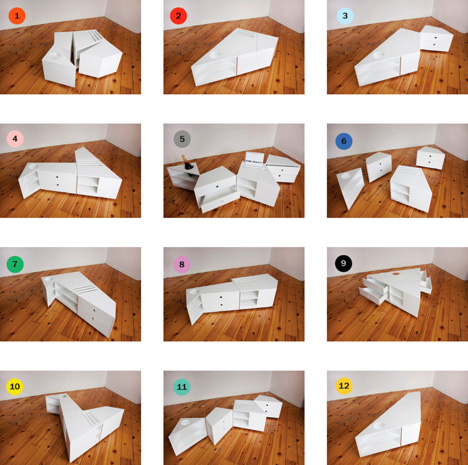 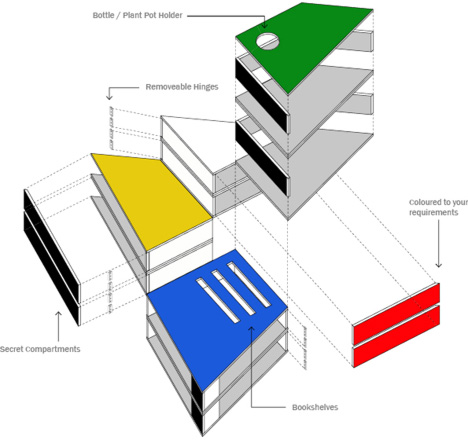 But if the tabular extrapolation of Dudeney’s discovery is a straightforward interpretation of the geometric marvel, D*Haus has Fuller-esque ambitions for the concept. The D*Dynamic is billed as the world’s first dynamic house, which “can ‘metamorphosize’ and transform itself into eight configurations.”

Conceived for the harsh, climatic extremes from ‘Lapland to Cape Horn and Aleutians to Auckland,’ D*Dynamic can respond dynamically to its environment by controlled adaptation to seasonal, meteorological and astronomical conditions… 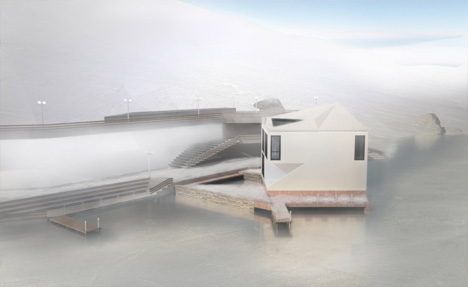 The flexibility of the D*Haus allows adaptation from winter to summer, and day to night by literally moving inside itself. The thick heavy external walls unfold into internal walls allowing glass internal walls to become facades. Doors become windows and vice versa. The layout consists of 2 bedrooms, open plan living room and bathroom, but can be adapted to suit different living situations. The D*Dynamic can change its shape and its perspective both seasonally and throughout the course not only dawn to dusk but also twilight to sunrise…

For example, in the summer plan, bedroom one faces East and watches the sun rise as you wake up. One can rotate the house so that the user is constantly in sunlight, while the house generates energy through its solar panels. The house is a product of an applied mathematical realisation. Thus from a manufacturing point of view the design deploys only one set of materials to achieve the flexible possibilities which its design invites. 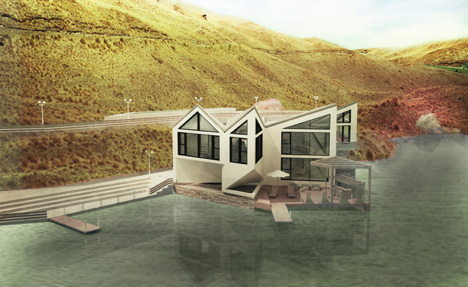 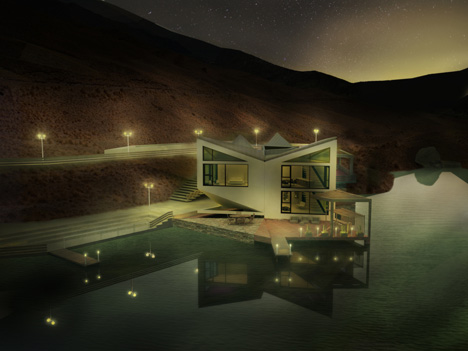 Indeed, the semi-modular house was conceived as an affordable housing solution, which can be prefabricated and arranged in any of the various configurations, depending on the local geography and climate. 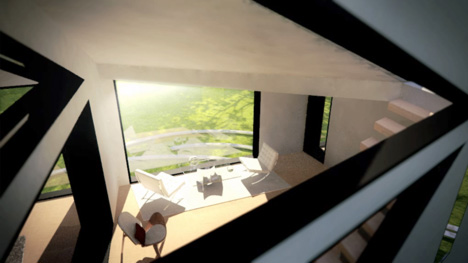 While the D*Dynamic debuted about a year ago, this fall will see the design studio’s first solo show, The Narrow Path, at London’s Anise Gallery, from November 1–30. The exhibition will feature a scale model of the D*Dynamic house as Grünberg and Woolfson look to manufacture a functional prototype of the design and eventually produce the house on a large scale (in both senses of the term). 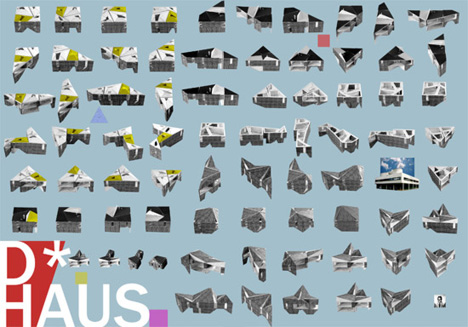