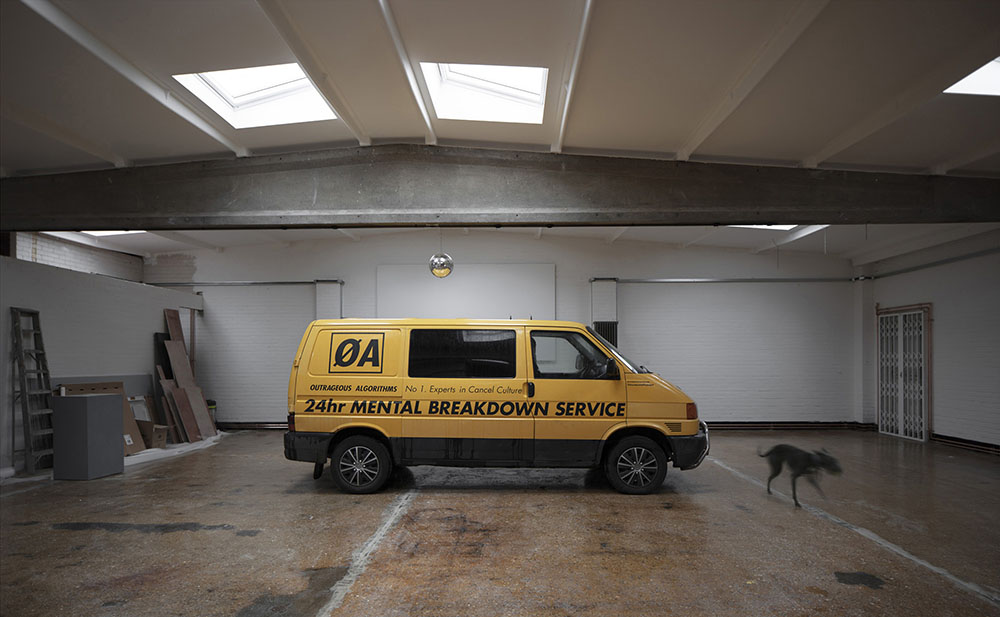 Lockdown has been a difficult time for the visual arts; beyond the well-publicised limits of funding and spatial restrictions, the act of making art itself comes under the spotlight. In this draining and anxious moment in time, how do creatives manage to continue making work? How have these processes changed over the course of the year and what is the art of the near future? These are big questions but during this opportunity to reflect it is a great time to discuss these ideas.

Rachel Ara has been exhibiting with Anise Gallery since 2017, and with a long career in programming prior to becoming an artist, her work often has a complex technological aesthetic, something usually reserved for men in both visual arts and the world at large. Her latest project, ‘Museum of Van Art (MoVA)’, is a journey (quite literally) towards the artist engaging with the public in a way that is rarely encountered, using her former AA van as a blank canvas for exhibitions and an innovative style of installation art. We caught up with her to learn more about how the piece came to being. 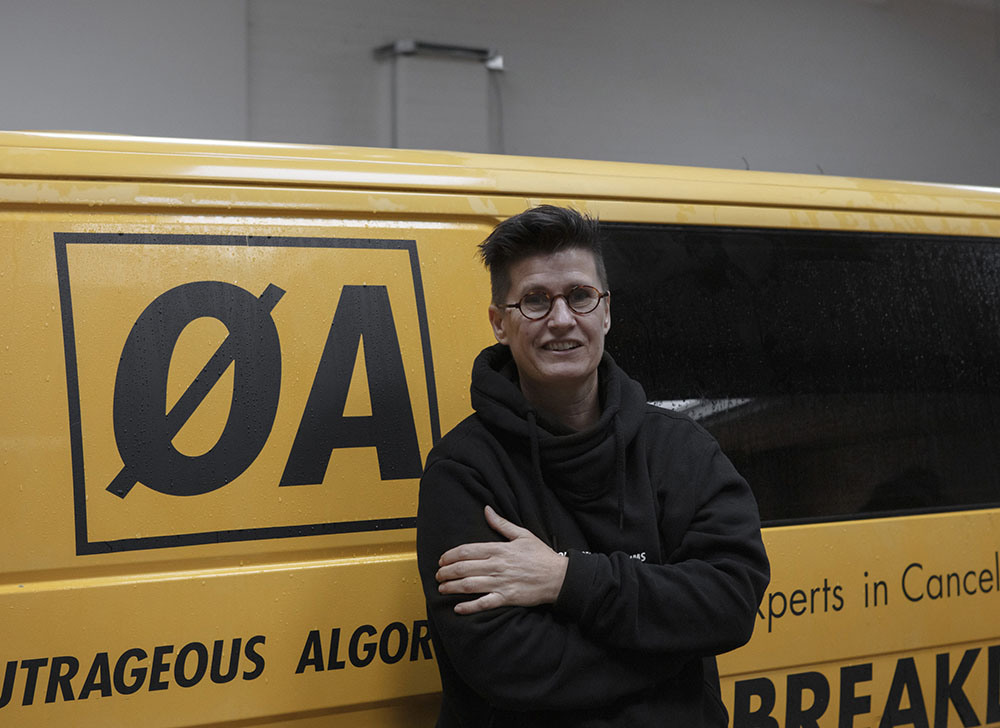 Can you tell us a bit about the Museum of Van Art and the idea behind it?

What happened was I decided to turn my van into a museum, and Outrageous Algorithms is the latest show at the museum. It started when I wrote “keep clear, eye test in progress” on the back of the van around the time of the Dominic Cummings situation, and it went viral online. Then I thought, that’s quite a good way of getting my work seen, getting public attention outside of the gallery space. It’s a bit of an adaptation of MoMA in New York, as I call it MoVA.

With it being an entirely mobile concept, are there plans to bring it to different communities? I can imagine it would be great parked up not only outside arts and cultural districts but also in locations where local people might not have the same access to art.

I’m putting a funding application in with the Arts Council for a Luton van, which would be much bigger and accommodate more inside, as well as on the outside. It would be great to show work, my own as well as curated exhibitions, to people outside of the traditional art world. I could literally drive it to wherever would suit the work. It’s about allowing people to engage, and have a bit of fun with it. Every day I’m driving the van from my flat to my studio and always getting feedback on it, it’s about new people seeing the work and getting those responses.

The van says a lot about your relationship with the art world. Can you talk a bit more about that?

I always say the best artists are working in call centres; there are people I know who could potentially be very good but they don’t have the time or resources to practice – it’s a luxury. I generally find inspiration outside of the art world, so I make the artwork that I want to see. My mum’s a huge role model for me; she’s nearly 80 and is an artist and a small-time collector. She has this freedom where she just buys anything she likes the look of. It’s something that doesn’t really happen in art collecting; if she likes it she likes it. It’s a freedom and a confidence that most people are afraid of. 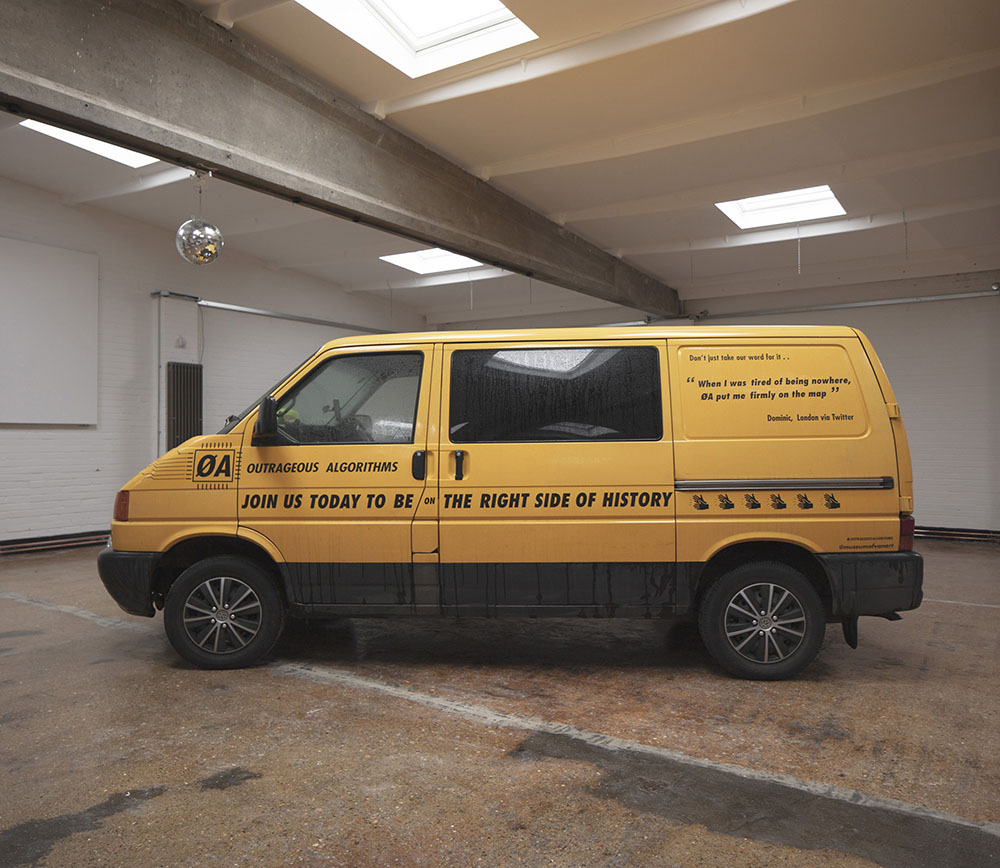 In previous works involving different collaborations you have been known to work with only women. Have you seen any changes to women’s place in art in recent years?

Funnily enough I was reading something recently where they said at one of the big auction houses only 2% of sales were works by women artists. Women are everywhere in art, often behind the scenes, and there’s a huge presence at art schools, but sometimes it feels like we’re being humoured. It comes back to the pay gap as well; I’ve been in exhibitions where the men artists have been paid and the women just haven’t. Men have this confidence that women and oppressed groups don’t. It’s a similar situation in many different fields, like cooking or hairdressing; women are everywhere but the higher up you go, it’s the men getting paid the most. For me, it’s about my work, not who I am as a person, or a personality. I’d rather just make the work that I want to make.

Without getting too bleak, what do you think the near-future of art-making holds, when we think about things like social distancing and the recession?

There is an ongoing problem about who can actually afford to make art; as I said, some great artists I know don’t have the time or money to get into a studio and make. For me, the expense of making and then storing large works like ‘This Much I’m Worth’ is something I really have to think about. People will be making works that are smaller as they move out of studios and into home environments.

Do you have any plans for future work at the moment?

I am working to my own schedule for now. In these times you do have to fend for yourself and use your initiative; I’m working on a proposal for a public sculpture about domestic violence, which I’m planning to crowdfund for. I think there will be a lot of support for something like that. It gives you creative freedom, where I can just make the work I want to make.

Follow Museum of Van Art on Instagram for updates on where it is going next, and see if it is coming to your neighbourhood soon! 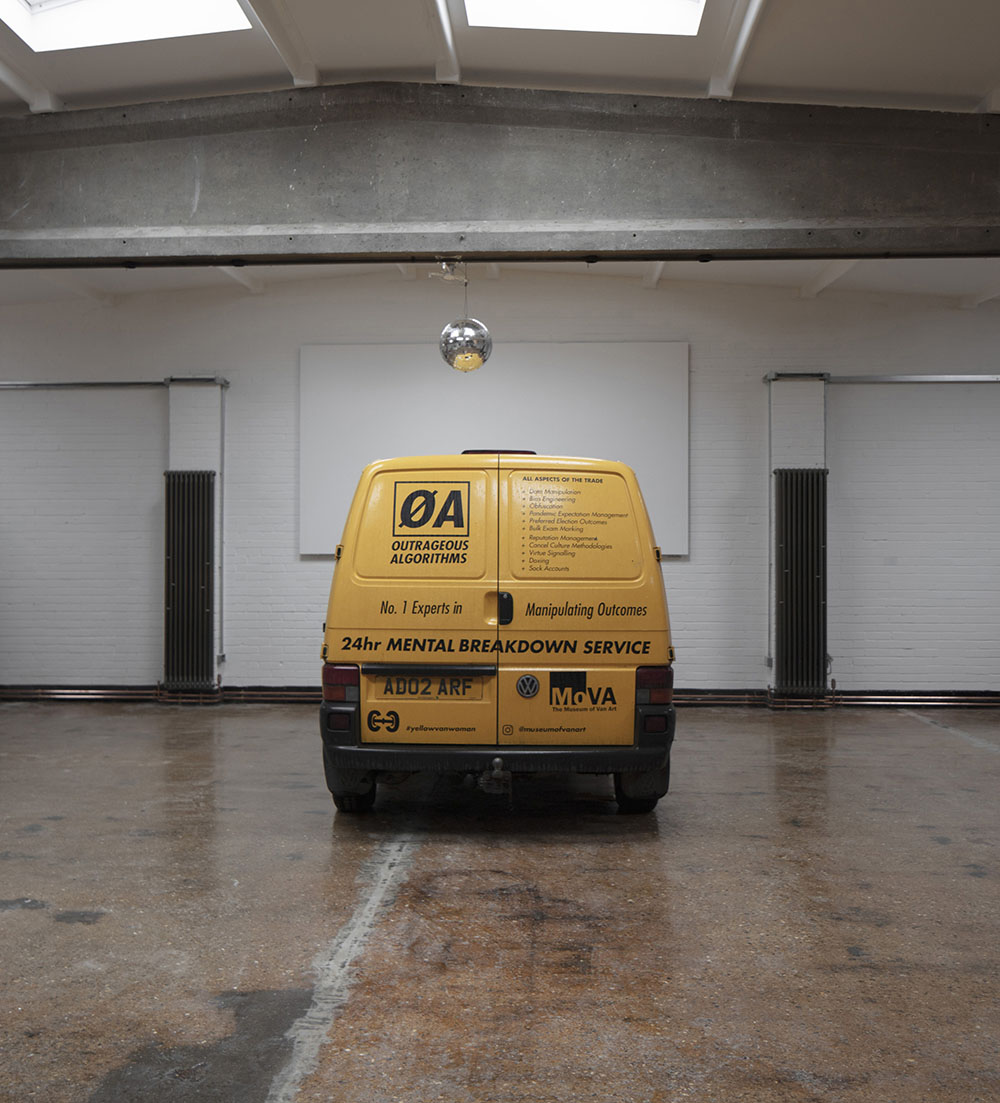 The World Around
Scroll to top