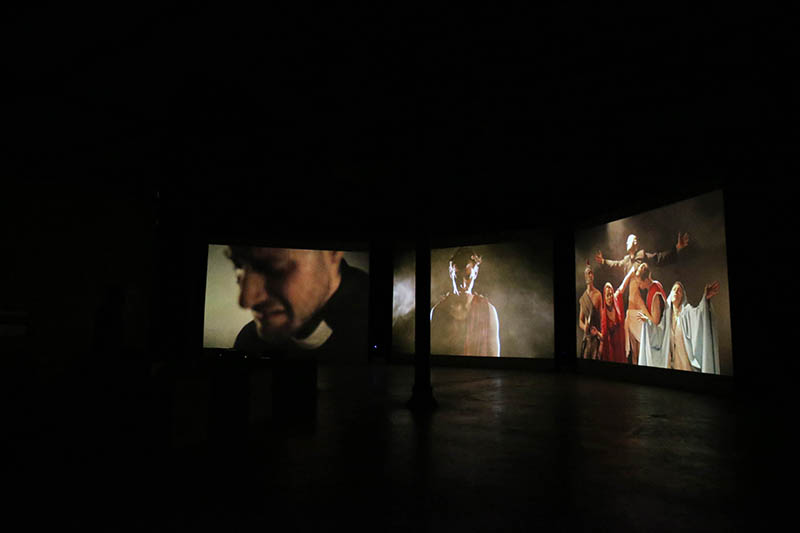 Jacek Ludwig Scarso is an internationally exhibited artist, curator and academic, whose work stretches theatrical experiences across live performance, video, photography and installation. Born in Rome, he lives and works in London.

In recent years, Scarso has collaborated with Anise Gallery to produce VR components for his exhibitions, In Limbo (2018) and The Pecking Order(2019), organised as part of the Tate Modern’s Tate Exchange programme. Scarso has also exhibited in Rome, Paris, New York, Milan, Kyoto, Gyeonggi-do, Hong Kong, Frankfurt and Lyon.

For an artist whose work routinely asks the question “Where does theatre stop and reality begin?”, we were very interested to hear how Jacek was dealing with the current lockdown and how these limitations on reality were influencing his practice

Where are you right now? (Roughly, of course! Are you somewhere different to where you would usually be?)

As soon as it was becoming clear that we were heading for lockdown, my husband and I decided to quickly redecorate parts of our flat and that included my little studio. I attended an interesting seminar recently about home-based working and one of the points that stayed with me is the importance to actually “design” your workspace – make it relevant to you, aesthetically discrete, even if that means using the same space for multiple purposes: that space should look and feel different when used for work. Coming from a theatre background, I think of this almost as an act of staging, and I’m quite partial to arranging interiors…

Working in installation and performance, most of my private process is done conceptually, until it’s realised in a given space, almost always collaboratively. I’m lucky in this sense, as there’s a lot I can do quite flexibly – and avoid the mess! But I’m missing the actual face-to face contact with collaborators, exploring performance ideas in a space that is big enough to take them. There’s only so much you can do on Zoom.

Do you have any tips for others on how to adapt and stay creative under the current circumstances?

Being at home all the time can get you stuck for new ideas and you mustn’t punish yourself for that. When stuck, take your focus away from art and onto something practical that doesn’t require too much concentration – clean your home, keep designing your dream workspace! Take the opportunity to learn new skills, as you may well not have time to invest in your self-development once all this is over. I’m currently loving following my youtube sessions of Qigong and can’t wait to start practising this with other people, aside from my husband and my cat!

Don’t wait for inspiration: what works best for me is browsing open art calls and creating work with these in mind – it gives me momentum and, whether successful or not, I have more work to show in the future. 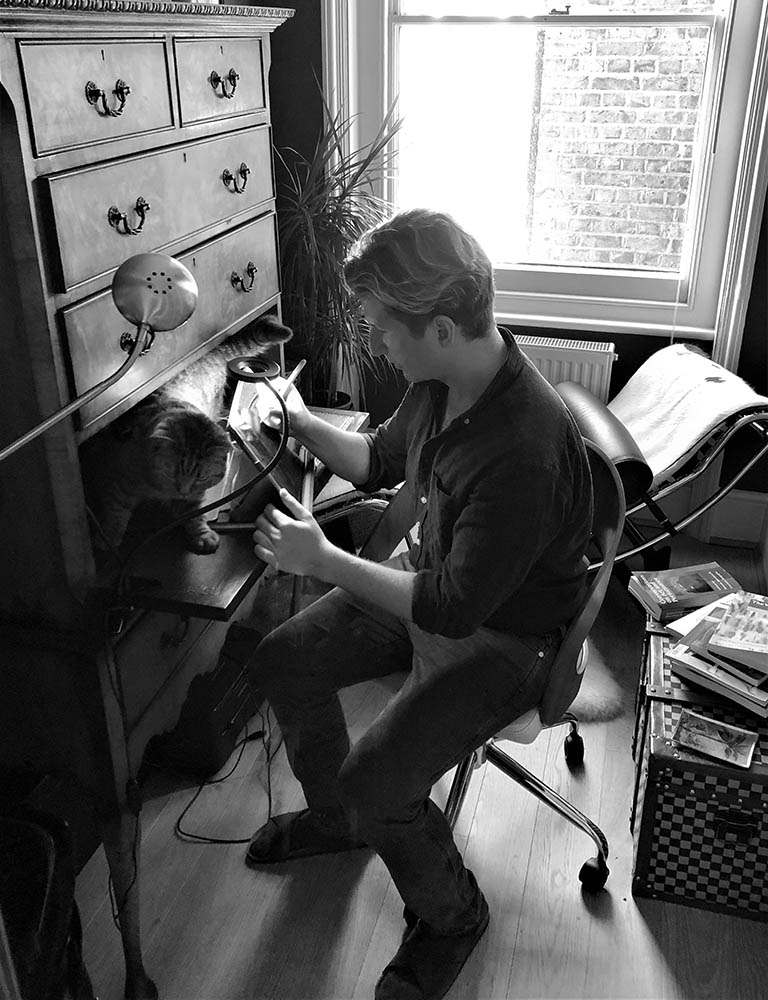 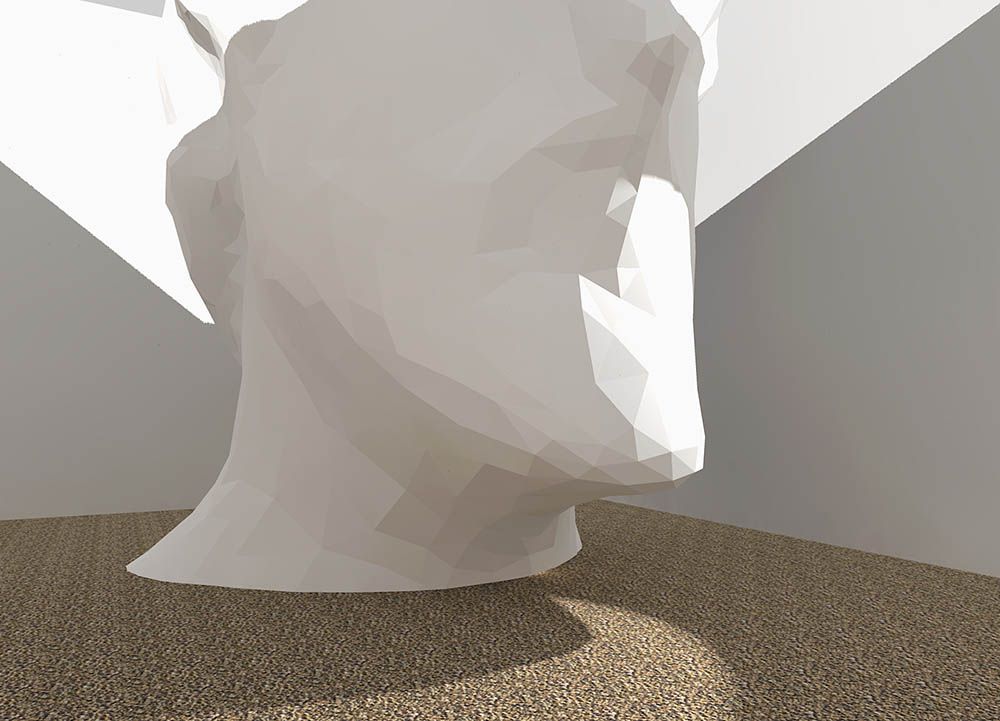 How has the current lockdown affected your usual practice?

A lot of projects have been put on hold. I have spent months planning two particular projects in Hong Kong and in Venice – both cities that have been afflicted by so many challenges, even before this pandemic. That’s the nature of this work, you can’t dwell on it too long and you’ve got to put it in perspective – health comes first. What you can do is ensuring that you keep the conversation going with the aim to make things happen once normality (whatever that will mean) is back.

My artistic practice develops alongside my academic work, so I’m in between online lectures and rehearsals (trying to direct my students in a baroque theatre production over Zoom!) and the inevitable huge dose of emails. Aside from enjoying teaching, I find that this provides an important structure to the rest of my creative work and seeing my students keeps me positive – it reminds me to try and lead by example. I’m also hugely grateful that my work continues to sustain me financially and those of us that are able to work must not underestimate how privileged we are right now.

Have you made any changes to your practice

Whilst it’s encouraging to see people across disciplines creating their “art under quarantine”, I think that this is also a time for reflection and research. So a lot of my work now involves copious reading, keeping up with new concepts and perspectives. I’m planning a book and this keeps motivating me in this research. But I’m also exploring new ways to make my creative ideas happen. I’m training myself to use Sketchup and that’s leading to two new series of digital tableaux that I’m entitling “Scenes from a show that never existed” and “Improbable Public Art”. 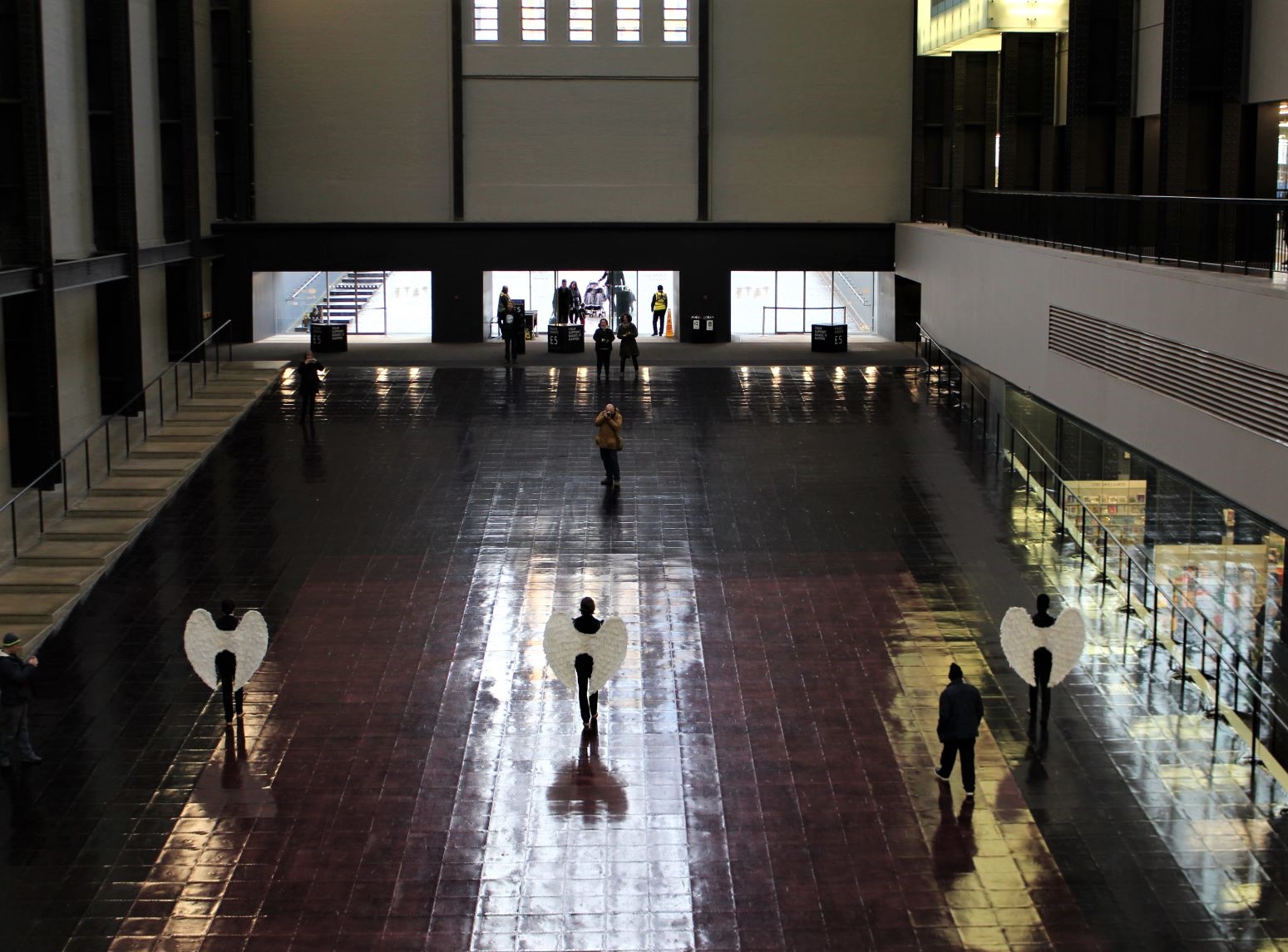 Here’s the self-promotion bit! Follow me on Instagram (@jacekartist) and on my websites jacekludwigscarso.com and elastictheatre.com. We’ve just made freely available my earlier multichannel film JULIUS, created with Elastic Theatre in collaboration with Savage Mills and originally shown at MACRO Museo di Arte Contemporanea in Rome. Have a look: https://vimeo.com/403278377