Jacek Ludwig Scarso (PhD) is an internationally exhibited artist, curator and academic, whose work stretches theatrical experiences across live performance, video, photography and installation. Born in Rome of Polish, British and Italian origins, he lives and works in London. Jacek’s creative process stems from his background in performance and vocal studies: since graduating from the Royal Central School of Speech and Drama, he has combined his performance work as Artistic Director of award-winning Elastic Theatre, receiving funding grants from Wellcome Trust, ACE and Jerwood, with his independent profile as interdisciplinary artist. 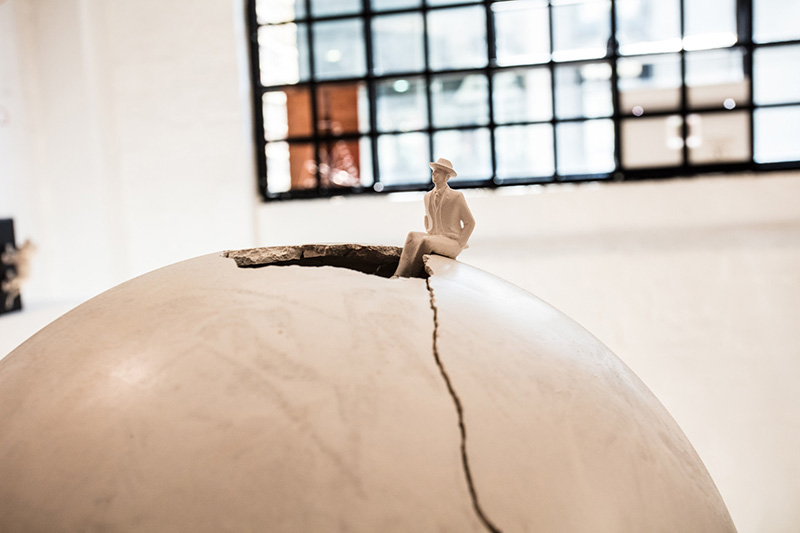 Jacek is Reader in Art and Performance at the School of Art Architecture and Design (AAD, London Metropolitan University), where he completed his PhD in Artistic Research and where he holds the honorary title of University Teaching Fellow. At the AAD, he directs the new MA Public Art & Performance, in association with Tate Exchange and is Deputy Director of CREATURE (Research Centre for Creative Arts, Cultures and Engagement), leading its strand PUBLIC-FACE.

He is an Associate Artist of Anise Gallery and Curator of Fondazione Marta Czok in Rome. He is a member of the Tate Exchange Research Steering Group and UK correspondent for Exibart Magazine (Italy).