Every Building on the Old Kent Road | Photography by Matthew White

Every Building on the Old Kent Road, 2019, is on the one hand a photographic document of one of London’s iconic streets whilst on the other, a homage to Ed Ruscha and his unconventional photography of the 1960’s.

In 1966 Ed Ruscha photographed the entire length of the Sunset Strip from the back of a pickup truck. The images were then spliced together and presented as a concertina photo book. He described them as “snapshots with only an average attention to clarity” and “technical data”. His process and presentation was stripped back and simple, beautiful and upfront. A documentation of what is around us, presented simply for the viewer to experience.

In homage to Ruscha, Matthew White has adopted the same methodology in his documentation of the Old Kent Road. Revolutionary in its time, it successfully and beautifully presented a long stretch of road in a concise manner. A precursor perhaps to future technology such as Google Street View.

Traveling along the 1.8 miles of the Old Kent Road, at a steady speed, White took his shots at set intervals using a remote. It was as mechanical and pure as possible. Up until the editing and presenting of course!

White’s project is dedicated to the work of Rushca but also to the Old Kent Road itself. One of the oldest roads in London, the Old Kent Road has been the main artery connecting London with Europe for over 2000 years. As such it has borne witness to some monumental events throughout history. It was this intriguing past, jarring architecture, overflow of industry and, against all odds, strong community feeling that prompted White to want to document the road as it stood today.

Big change is on the horizon however. The planned tube extension has caused major development plans to be drawn up including 20,000 new homes and 5000 new jobs over the next 2 decades. White’s photography will therefore become an important historical record and document of this infamous London road, and a homage to the pioneering work of Ed Ruscha. 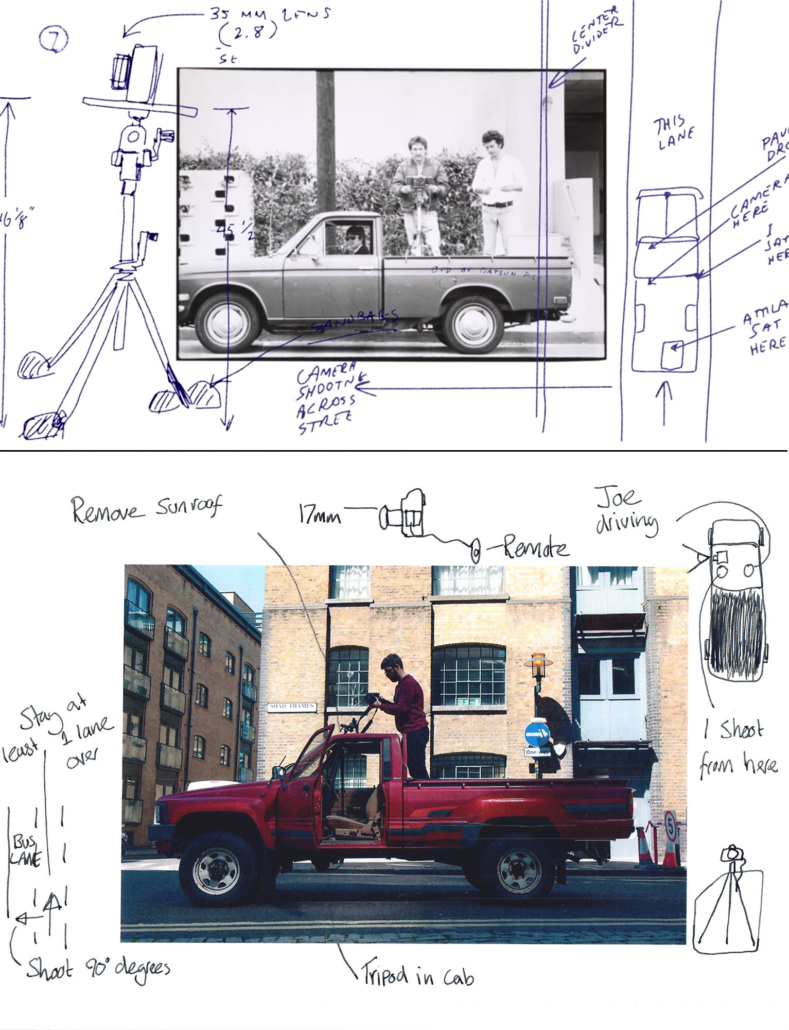