Paul Raftery’s latest project ‘New Dawn for Europe’ is a collection of poignant and stunning photographs that took him to 9 countries over 3 years. Having worked with Paul and exhibited his photography for many years now we are very excited to be the first to share this new work with you.

New Dawn for Europe – In Conversation

Book your free ticket here for the talk on Sat 22nd October with Paul Raftery, Paul Betts and Cathy Slessor 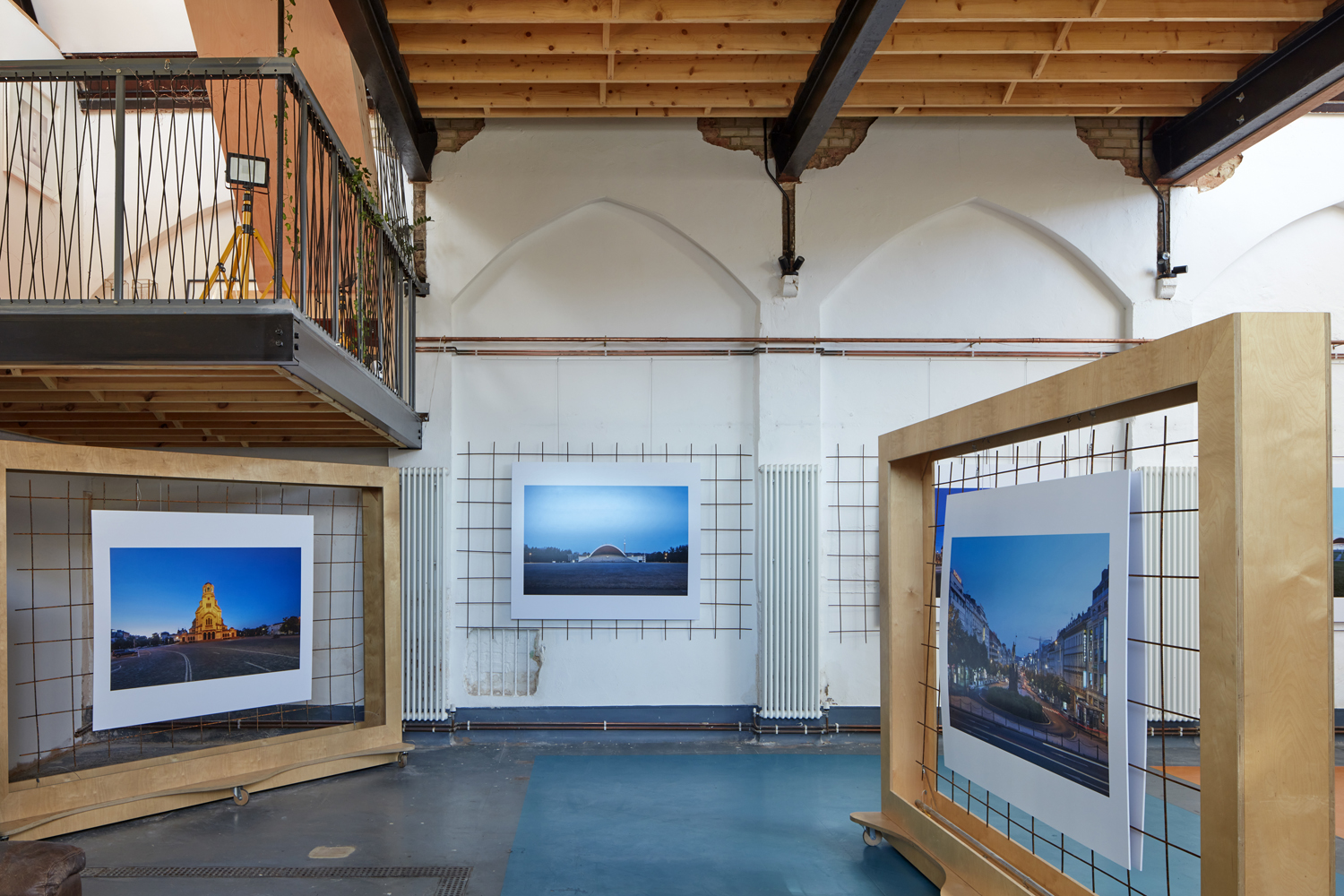 For political scholars of the period just before and after the fall of the Berlin Wall (1987-1989) the following sites have a special historical resonance. 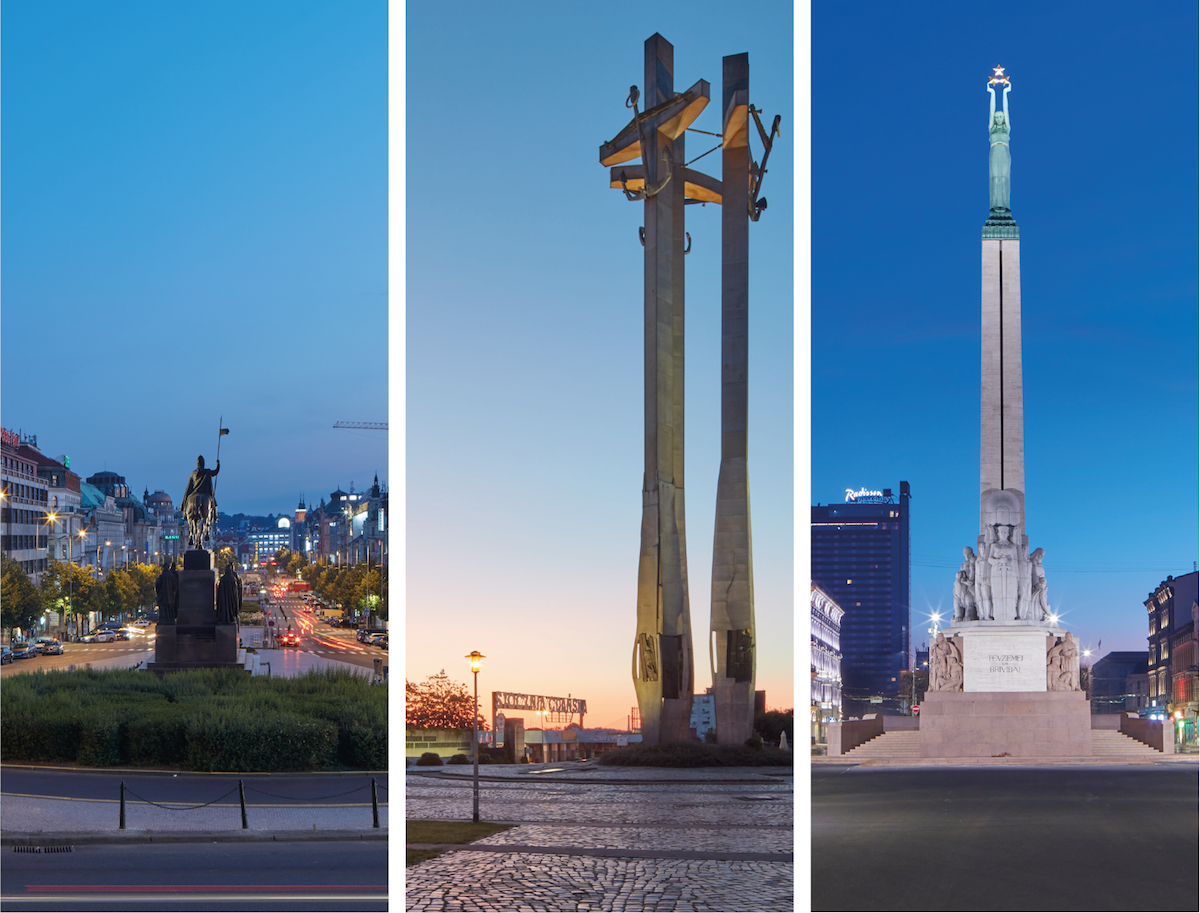 During this turbulent period they were sites of significant and often dangerous protest. They were the sites where the fundamental desire for democracy manifested itself.

At these sites people of all ages came together to demand political change and an end to communism.

Each country subsequently became a member of the EU, and each location in each country has its own history and its own cultural and political references.

Over the last three years, since the 30th anniversary of the fall of the Wall in 1989, photographer Paul Raftery has visited these sites, shooting them all at dawn – the beginning of a new day and the beginning of a political era. The work is a meditation on the use of public spaces and an investigation of memory, democracy and place.

These sites have even more relevance now in 2022 when many of these countries live in fear of a return to autocracy.

Paul Raftery in conversation with Paul Betts, considering public spaces for demonstration and the documentation of these spaces for historical reflection. Moderated by Cathy Slessor.

As an architectural photographer, Paul Raftery has an international reputation, shooting top projects around the world for design agencies, developers, architects, construction groups and architectural magazines.

He makes architectural videos as part of Raftery and Lowe, creating timelapse, motion control and live-action films. This work has been shown at the Royal Academy, New York’s Gagosian Gallery and in numerous film festivals including the Architecture and Design Film Festival in New York and LA.

Paul also shoots the evolving urban landscape in the former Eastern Europe and USSR. Following his previous exhibition at Anise Gallery, Berlin Voids, Paul was invited to show the work at the Stiftung Berliner Mauer (Berlin Wall Memorial). He recently visited Kazakhstan and Ukraine to document Soviet and post-Soviet architecture and cityscapes.

Paul Betts is Professor of Modern European History at St Antony’s College, University of Oxford. He is the author of Within Walls: Private Life in the German Democratic Republic and The Authority of Everyday Objects: A Cultural History of West German Industrial Design, along with seven co-edited volumes. He has long been interested the relationship between European culture and politics over the course of the 20th century, with special focus on material culture, photography, memory, human rights and private life.

Catherine Slessor is an architectural critic, editor and writer. Currently she is a Contributing Editor to the Architectural Review and was its Editor between 2010 and 2015. She has written for numerous publications, including the Observer, Guardian, Architects’ Journal, Icon and Dezeen.

Catherine studied architecture at the University of Edinburgh and was in private practice for a time before defecting into journalism. She also holds a Masters degree in Architectural History and Theory from the Bartlett School of Architecture, University College London, and in 2016, was awarded an MBE for services to architectural journalism.

Paul Raftery is a photographer of the built environment with an international reputation who has been shooting around the world for more than 30 years. Following his last exhibition at Anise Gallery, Berlin Voids, Paul was invited to show the work at the Stiftung Berliner Mauer (Berlin Wall Memorial).

His films (made with Dan Lowe) have been shown in numerous galleries and festivals, including the New York Architecture Film Festival and the city’s Gagosian Gallery.